The Housing Authority of the City of Tulsa receives a $50 million Choice Neighborhood Implementation Grant for Envision Comanche. Mike Buhl, chairman of OHFA's Board of Trustees, delivered remarks as part of a press conference announcing the grant. Congratulations to the Housing Authority of the City of Tulsa and the City of Tulsa. The U.S. Department of Housing and Urban Development (HUD) awarded them a $50 million Choice Neighborhood Implementation Grant for Envision Comanche. This project will include the replacement of apartments at Comanche Park, a Tulsa Housing Authority-owned property in North Tulsa.
HUD Secretary Marcia Fudge offered remarks and presented the ceremonial check at a news conference announcing the grant, September 23.
“When you grow up in communities like I grew up in, home was the only safe place you had,” Fudge said. “It’s the place where you can go and feel good about yourself. It was the place where you went and nobody questioned who you were. It was the place where you could go and feel empowered. Every single person in this country should live in a decent and safe place.”
Mike Buhl, chairman of OHFA's Board of Trustees, delivered comments as part of a news conference announcing the grant. OHFA previously awarded $6 million in 9% Low Income Housing Tax Credits to the Tulsa Housing Authority as part of the Choice Neighborhood Implementation Grant they received to revitalize the River West community. River West includes 460 new apartments constructed in six phases. 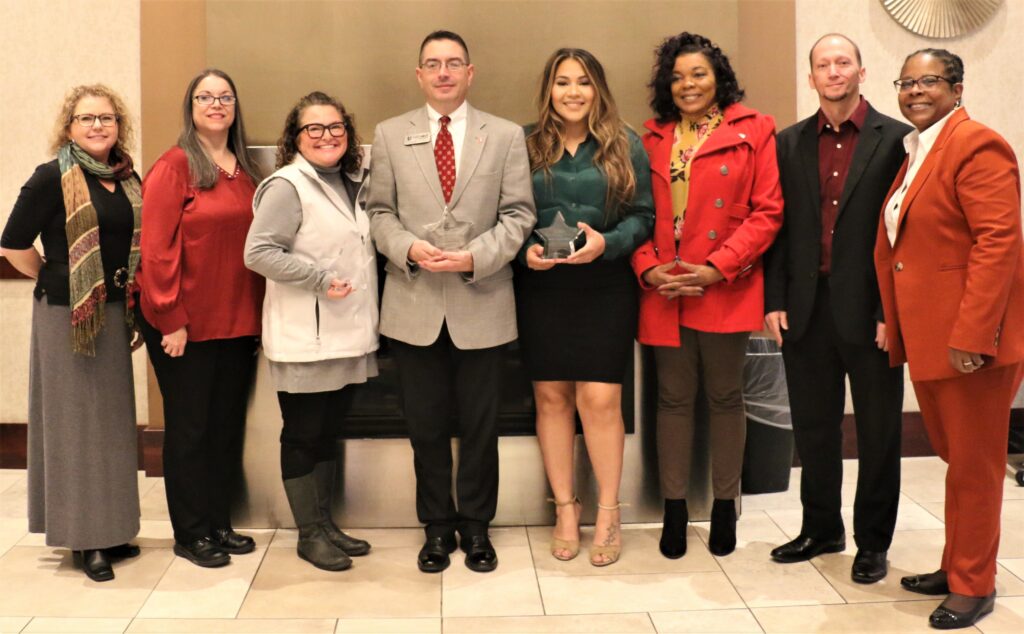